Pukekohe High School (PHS), with a roll of more than 1750 students and a staff of 200, is a coeducational secondary school catering for students in Years 9 to 15. At the beginning of 2019 it joined the ranks of the growing number of schools in New Zealand that are benefiting from the features and functionality of Microsoft 365 (including Azure Active Directory and the Enterprise Mobility Security suite), along with Microsoft Windows Server, all supported by the technical expertise of New Era.

“Simple things that we couldn’t do before, such as document sharing, are now fast and easy,” says Richard Barnett, Principal of Pukekohe High School.

“New Era’s management of the upgrade was equally fast and easy. In addition to configuring 12 new virtual servers and migrating email from Groupwise to Microsoft Exchange, the team from New Era reconfigured almost 850 laptops and workstations to be managed by Intune. All over the holidays and all without any disruptions.”

Pukekohe High School had made significant investments in infrastructure in 2017. They had upgraded their wireless and switching capabilities, replaced their sever stack with 20 virtual and 3 physical servers and added disaster recovery and back-up capabilities. This upgrade gave them enough capacity to manage their growth through 2020.

As the servers neared the end of their warranty cycle, Pukekohe High School began exploring their options for moving forward. PHS had a legacy software solution that made it difficult for students and staff to take full advantage of digital learning. In addition, their reliance on physical servers meant that upgrades and maintenance required constant operational management. What had worked well in the past was no longer the best option.

“One of my first initiatives when I was appointed Principal in mid-2018 was to move forward with an upgrade,” continues Principal Barnett. “New Era, with whom the school had a Consultancy Agreement, had prepared a comprehensive audit of our hardware, software and operating procedures. The audit not only gave us a snapshot of what we had at that time but outlined a pathway forward – based on a comprehensive Microsoft stack – that would address all of our current challenges and prepare for future growth.”

Compelling case to standardise with Microsoft

“Our audit highlighted two key findings,” says Michael Delgrosso, Client Manager at New Era. “The first was that PHS would need a major upgrade for their networking software and servers to support their growing reliance on digital learning and administration. The second was that a cloud-based Microsoft solution would give them exactly what they needed at a price they could afford.”

New Era presented their findings, in association with Microsoft, in an interactive workshop to PHS administration and senior staff. “We knew that we needed to make some changes,” says Principal Barnett, “but we weren’t exactly sure which way to turn. New Era spelled out our current situation, identified our challenges and then outlined a way forward with Microsoft.”

An important aspect of the joint Microsoft / New Era presentation was the fact that PHS could leverage Microsoft’s Schools Agreement with the Ministry of Education to empower the cloud migration. A spokesperson from Microsoft explained how Microsoft 365 could successfully address many of the issues facing PHS.

“They presented such a compelling case,” continues Principal Barnett,” that we decided to take their recommendations. We scheduled the upgrade over the 2018/2019 holiday break to minimise any disruptions.

“New Era pretty much took care of everything,” continues Principal Barnett. “The most labour-intensive task was configuring Microsoft Office 365 on more than 850 individual devices such as laptops and workstations. Initially staff weren’t very happy about surrendering their laptops to New Era for the upgrade. But when they returned from break and switched their devices on, I didn’t hear a single complaint …not one! They immediately started to use the various tools inside Microsoft 365 such as Office, Outlook, One Drive, Exchange Online and more and never looked back.”

To help iron out any teething issues, New Era assigned an engineer to the school for a month. “This was especially helpful as we needed to tweak a few things such as connecting the printers via Microsoft 365 Relay and setting up the Azure Active Directory,” says Delgrosso, “But with our engineer on site and informal and formal professional development sessions, we soon had the new network – and users – working together well. Microsoft Learning Consultant Crispin Lockwood has been especially valuable by providing on-going end user professional development.”

“One of the things we did prior to the upgrade,” continues Delgrosso, “was to hold informal workshops with staff and teachers to fully understand their requirements and frustrations under the legacy network. Their overwhelming response was that they wanted a change and a more standardised approach to ICT. These insights helped us immensely as we designed the new network.”

Since the upgrade, PHS has continued to evolve their network. “The Microsoft solution is now a vital component of our ICT programme,” explains Principal Barnett. “The more we use it and learn about all of the functions and capabilities the more value we receive. For instance, Microsoft Teams allows us to collaborate easily via messaging and file-sharing. But it’s possible to get overwhelmed with all of the options. So we’ve had to think very carefully about what we want to achieve and then apply the tools in a well-thought out manner.”

The post-installation service provided by New Era has been especially helpful. “If I need something – anything at all – an email to Michael gets a fast response,” concludes Principal Barnett.

“The major benefits for us are that the Microsoft 365 solution has allowed us to consolidate our ICT resources, standardise our interfaces and allow us to focus on teaching instead of operating a legacy network. That was my goal when I came on board in 2018 and that’s exactly what we have achieved.” 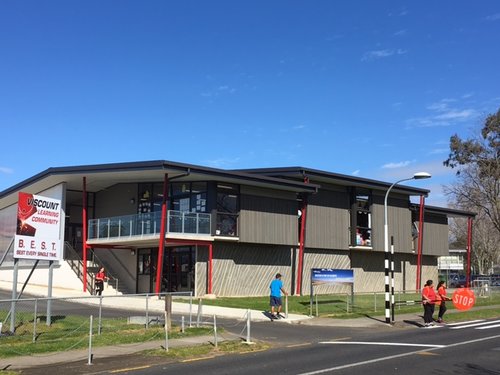 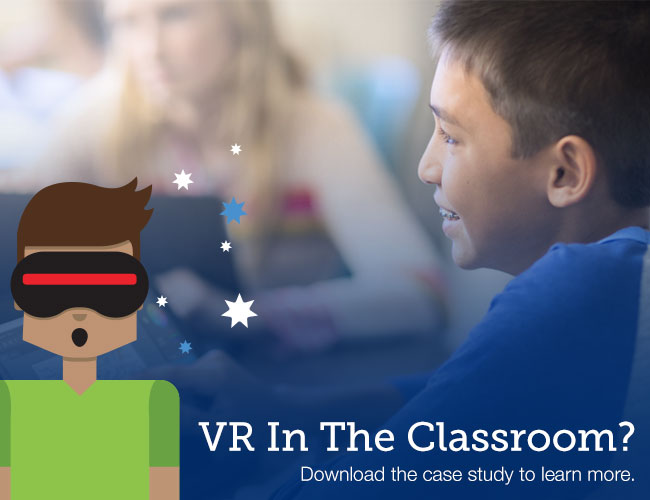 Case Study: Virtual Reality in the Classroom
We use cookies on our website to give you the most relevant experience by remembering your preferences and repeat visits. By clicking “Accept All”, you consent to the use of ALL the cookies. However, you may visit "Cookie Settings" to provide a controlled consent.
Cookie SettingsAccept All
Manage consent