Located in the Lower North Island town of Pahiatua, Tararua College is taking the next step of its digital journey with New Era Technology.

Tararua College, a co-educational high school, is located in the rural town of Pahiatua. With a roll of 320 students, the school aims to provide an education that allows students choice, flexibility and sustainability in their future pathways.“We want to engage every student to be the best that they can be, to support their learning wherever they may be, and increasingly that’s coming beyond the classroom.” says principal Jon Ward.

Due to being founded in 1960, the school has some ageing infrastructure. That prompted a renewed focus in 2017 to modernise both ICT infrastructure and approaches to teaching and learning.

Previously the school was supported by a business IT support provider. “We had an outfit supporting our IT that was a commercially based outfit and had a very good sense of what was right for a commercial environment, but didn’t really understand a school environment,” explains Jon. Being a smaller school, Jon had a finite budget. The school went through a tender process, offering it to various companies. “New Era came back with a very positive result in terms of what they could offer,” says Jon.

New Era has worked closely with the team to address the ageing infrastructure and build a plan for the future. “We were server-based,” explains Jon. “We’re moving towards a Cloud-based environment. But it’s really looking at what’s best for our school within the constraints of our finance.”

Alongside strategic development and project management, New Era provides onsite IT support. A technician visits every week while automated systems simplify day to days tasks such as device management and monitoring.

But where New Era offers the most value is with proven approaches that are working elsewhere in education. “More than anything else, it’s giving us the advice that we need, and sharing information from other schools,” says Jon.

The developments are all about creating flexibility for students. “We’re moving to a far more flexible environment where they can be inside a classroom, they can be sitting on the floor, they can be working outside, wherever it may be: That’s what we’re achieving. And it really means that students can develop a sense of learning using technology rather than using technology for technology’s sake,” says Jon.

Jon notes that an in-depth training program has been necessary for both students and staff. “One of the crucial things is that you can’t just rely on giving a teacher or a student a laptop or a device and saying ‘off you go’. We spent a lot of time supporting staff, especially to actually learn how to use the technology appropriately, use the appropriate devices in a way that benefits learning,” he says.

Emily Look, Head of Faculty for the Arts, traditionally found collecting evidence of a student’s contribution for assessment a challenge. “I used to have my camera out, and I’d record conversations and discussions,” she says. “We’d have massive, massive big sheets of paper that the kids had scribbled all over with felt.”

For Emily, the most exciting thing about integrating technology is that there are always new things to try. “I’ve just started using Flipgrid to record student statements of intention,” she says. Tools that were previously unavailable are enabling new ways of collaborating.

“One of our key focusses is actually to develop an understanding amongst our parent body and the wider community about how technology is part of what we need to do, not just something that we’re playing with.”

“We do a lot of collaborative work. So at the moment, for example, we are writing our school production. We have thirteen students all collaborating on the same script.”

Technology hasn’t entirely negated the use of pen and paper though. “We still do a bit of that,” says Emily. However, technology now augments the traditional processes, with paper notes being photographed and uploaded digitally for later use. “It’s just a lot easier to track the progress as well as track who has contributed what to any particular project.”

So what do students think of the approach? “I think the school using technology has actually become more proactive, especially in class. I’ve seen definitely a big mood change with people” says Head Boy Jerome.

Students are now using their devices at lunchtime to catch up on work or research topics. “That’s a real positive for me”, says Jon. The advantage for him is the way students access things in a modern environment. “It’s very much about the flipped classroom approach where they are finding the information, they’re teaching each other, they’re sharing information and then they’re comparing it with the class to ensure that there’s common understanding”.

Bringing the community along on the journey is essential to the school. “One of our key focusses is actually to develop an understanding amongst our parent body and the wider community about how technology is part of what we need to do, not just something that we’re playing with.”

Maintaining an open discussion about technology is part of the process. “It’s important for me to really stress to parents. I know a lot of parents are concerned about technology and the effects that it has on students engaging with each other. Especially on social media platforms.”

“We need to engage students in the process of learning about how to use it safely, and if we don’t do that at school, when will we do it?”

Looking to the Future

Jon looks to a future where technology is ubiquitous. “It needs to be everywhere”, and the reason for that is that it is everywhere once students leave school. The College is addressing the availability of technology by Implementing a 1:1 device programme across the school to enable staff to plan around the use of technology in the classroom.

“What we need to do is say, OK, we’re setting up a school that is training students to work in the real-world environment. Therefore they have to face the challenges of the use of technology; they have to know how to use it effectively.”

“Technology is a tool, and we need to remember that. Technology isn’t the answer. It’s not something that will replace teachers, or students actually engaging with the material. It’s a tool to help them engage. And we will always have pen and paper; we’ll always be writing things as well. We’ll be accessing things from different media. Technology is just one of those mediums.” 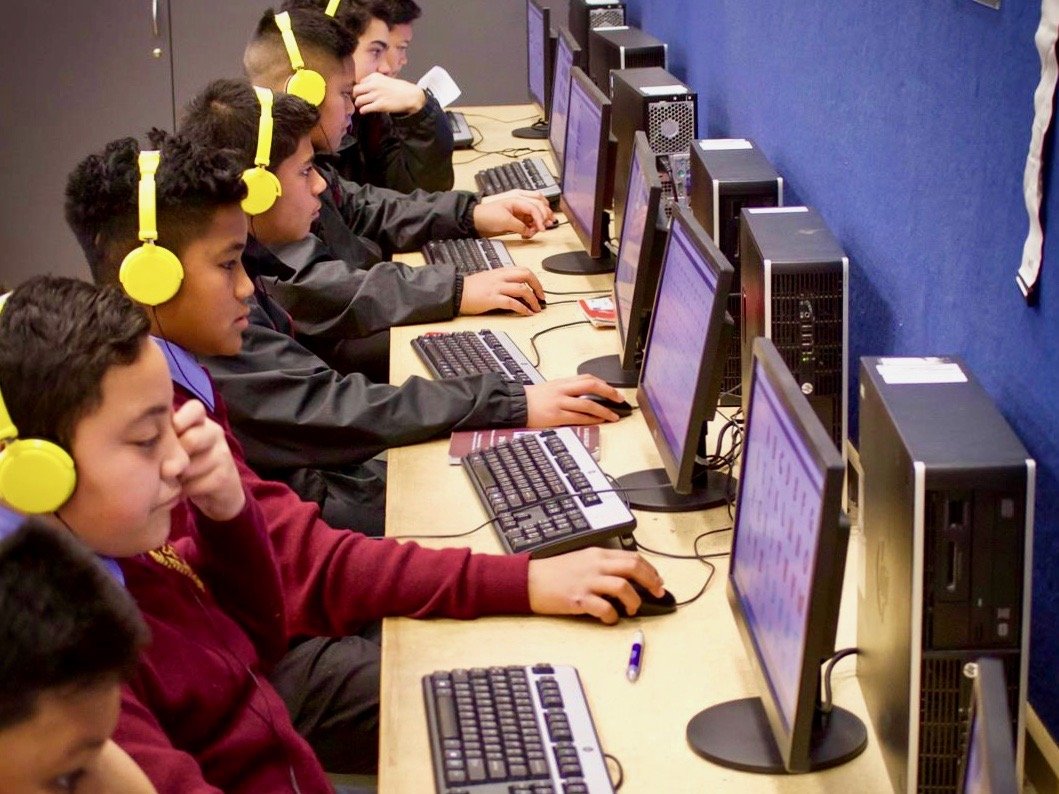 De La Salle College Strengthens Community Bonds with Microsoft Office 365
We use cookies on our website to give you the most relevant experience by remembering your preferences and repeat visits. By clicking “Accept All”, you consent to the use of ALL the cookies. However, you may visit "Cookie Settings" to provide a controlled consent.
Cookie SettingsAccept All
Manage consent